Circuit of The Americas , Austin, Tennessee 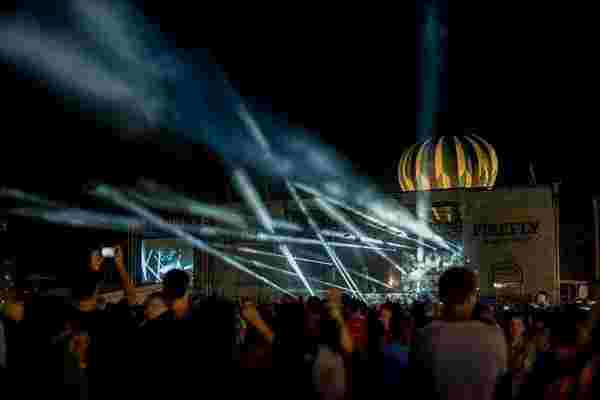 About Festivals in Tennessee

Tennessee is known for music. Blues, bop, country, folk, soul – the roots of American music were born here, and Nashville in particular is synonymous with tunes and tones. The Volunteer State has many events and festivals throughout the year to celebrate and glorify this heritage, with plenty to please locals and travelers from far and wide.

The CMA Music Festival is probably the best and biggest country festival in the world. For four days, hundreds of twanging honky-tonk musicians descend upon the iconic Nashville to serenade the crowds over many different stages. The worst part of attending is deciding what to miss! The festival also includes dozens of hours of meet and greet sessions to promote interaction between visitors and the musicians that they love - if you want to meet one of your favourite country stars, there aren’t many better places to do it. The festival offers the top talents each year, and 2016’s musicians included Dierks Bentley, Hank Williams Jr., Jason Aldean and Kelsea Ballerini. If they’re a big name, they’re here. The festival also includes other events and attractions to keep you busy while your resting your ears, such as karaoke, local food producers and competitions.

Chattanooga Riverbend Festival is another musical bonanza, with nine days of diverse music and over 650,000 attendees each year. The six stages play host to artists from many genres, including rock, country, urban, bluegrass, pop and more. Previous artists here have included the likes of The Beach Boys, Foreigner, Sheryl Crow, Willie Nelson, ZZ Top and LL Cool J. It’s another testament to the huge musical heritage of the state, and no matter what you like, there’ll be plenty here to get you off your seat.

Nashville Film Festival is dedicated to stars of the celluloid, and is one of the most notable film festivals in the USA. Since 1969, the event has been delivering some of the best upcoming artists, and now has an annual program of hundreds of films from dozens of countries. The event also features industry panels, parties and showcases. It’s a great festival if you’re interested in unique, independent and foreign cinema.

Other festivals throughout the state include Oktoberfests, Pow Wows, heritage, storytelling, county fairs, fish, fiddles, air shows and arts. Whatever you like, whatever you fancy, tuneful Tennessee has it in bundles.